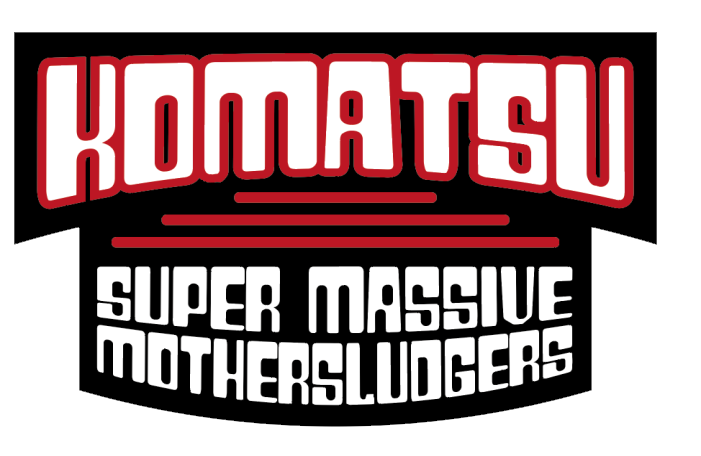 Evolution is essential to survival. In the ever-changing world of heavy music, that’s an undeniable reality. As the march of time gathers speed and threatens to crush us all under its heels, it’s time to make way for the futuristic multi-metal eruption of CRYPTOSIS. Formerly known throughout the European metal underground as old school thrash mob Distillator, Laurens Houvast [vocals/guitar], Frank te Riet [bass/mellotron/backing vocals] and Marco Prij [drums] have undergone a wholesale transformation and upgrade, resulting in a band with a sound that is guaranteed to blow minds and wreck necks.

CRYPTOSIS have a sound that defies expectations and limitations with equal intensity. A dizzying blend of visceral extremity, symphonic pomp and wild, progressive invention, the songs on Bionic Swarm showcase a supremely passionate band with a unique and ingenious take on metal’s amorphous rudiments. Elements of blackened death, progressive thrash and grandiose symphonic metal are all present and correct, but Cryptosis have combined them in an exhilarating, unprecedented new form that promises to satisfy on both primal and cerebral levels.

Their debut album ‘Bionic Swarm’ (Released march 26 – 2021 on Century Media Records) is a concept album that explores the potential horrors of a dystopian future where runaway technology controls humanity in a variety of sinister ways, Bionic Swarm provides instant proof that Cryptosis were right to forge a new path that reflects the warped sci-fi grimoire that informs their lyrics.

Reborn as forward-thinking explorers of the extreme metal cosmos, Cryptosis is what happens when metal is allowed to evolve, to expand and to breathe. An invigorating shot in the arm for the entire metal scene, Bionic Swarm was one of 2021’s most talked-about debuts. Released on Century Media Records, this first chapter in the Cryptosis story will have you gripped from the start.

Embrace the new death metal overlords and their second full length ‘Where Death Lies’! CARNATION equals blistering and crushing death metal madness and, with this new chapter, return with relentless destruction and greater punishment than ever before.

The Belgian’s first EP offering, entitled ‘Cemetery of the Insane’, was released upon the masses in 2015. Tracks such as ‘Explosive Cadavers’ or ‘The Rituals of Flesh’ take you back in time to the better days of shredding riffs, neck-breaking drums and skull-crushing guttural vocals.

The live rituals that followed were executed with stone cold merciless aggression. CARNATION delivered their bloodbath at select festivals across Europe during 2015 and 2016. Their next journey led them to distant Asia for their first tour across mainland Japan. This resulted in the infamous ‘Live at Asakusa Deathfest’ album, which saw the light in 2017.

These releases, combined with their reputation as a notoriously impressive live act, drew the attention of fans worldwide and provided CARNATION with the opportunity to perform at several European festivals and saw the band touring alongside PESTILENCE during their special Brazilian tour in April 2018. After signing with Season of Mist in 2018, CARNATION welcomed new and loyal audiences to death’s domain and invited them to witness them rise to their throne!

CARNATION rage on in 2019 with more spectacular live shows at 70.000 Tons of Metal, Alcatraz (BE) and Damnation Festival (UK), as part of their touring rampage throughout Japan and Europe (with PUNGENT STENCH and DESERTED FEAR), before entering the studio for the recordings of a brand new album. The mastering for the new offering was done by the mighty Jens Bogren (SEPULTURA, ENSLAVED, ARCH ENEMY) at the Fascination Street Studios in Örebro (SE).

With ‘Where Death Lies’ a new chapter of abhorrence now begins and opens up a hellish path to resurrection, reincarnation and immortality. You wanted death? CARNATION is here with a superior appearance performing new rituals in service of ancient deities. All hail the new death metal overlords!

After years spent playing in hardcore bands (New Morality/Strike First/Cornered), these 6 individuals decided to slow down their riffs and rip off their old skin. Haunting, draining, exhilarating and laying waste to everything on their path. Riffs thick like smoke, slow, painful, heavy and steeped in filth. The dark side of the blues gone wrong.

The band have been hard at work crafting their particular sound since late 2014. There is no image or campy gimmick to uphold, only their discontent with convention from the very beginning. After the Euro tour with Cornered, the addition of guitarist EvB sparked a flame in LIFELONG, molding the band’s second offering of soul-crushing and noise-ridden claustrophobia. “SEUL CONTRE TOUS” is 6 songs divided in 2 parts and 22+ minutes. These are hymns of outcasts, confessions of the addicted, a portrayal of crude reality from the backyard of a city’s daily life. A soundtrack for the reflection in a cracked mirror of our lives. A convincingly fiendish love story. Confronting and profoundly disturbing. An astounding interior monologue that runs like an intensely embittered sermon. A man, his thoughts, scars and memories.

Moving forward into unchartered territory on what is undoubtedly their most elaborate and ambitious effort to date, SEUL CONTRE TOUS incorporates a wider range of styles and ideas than ever before. More concise, compact, and precise.Influences both within and beyond metal abound, rounds out a thundering package of stoner, sludge, doom, rock, blues and metal. Cranked amps and molested drums hurl their mourning chant as a choir intoning its final gospels. Prepare to be taken on a narrative musical journey through 6 acts each portraying a different picture but transcending into one moment where everything seems to fall into place perfectly. No love without pain. No life without death. No light without darkness. That is the conflict at the heart of SEUL CONTRE TOUS, to live and to love and to lose.

It’s hard to think of a better person to capture this sonic enormity than Harry Holzhauer, he exudes a warm, organic tone that draws the listener in. The production, themes, and atmosphere all shape Lifelong‘s music, and help guide the way through a highly evocative palette of dark and light passages, and unparalleled heaviness making it the band’s most cohesive and powerful release to date.

Komatsu is a super-massive rock band from Eindhoven, the rock capital of the Netherlands.
Their music is a mixture of sludge, stoner rock and metal. Komatsu is praised for their live performances.

The press writes:
“A Komatsu show will let the ground shake and gets your attention from start to finish. It is truly an eargasm for the trained listener. At their live show Komatsu grabs your throat and then not let go”.

“This fat rolling machine with their bulldozer-rock will effortlessly conquer Europe and other continents!”

Komatsu was formed early 2010. Members of locally acclaimed bands from Eindhoven Rock City joined forces. Their years of musical experience in all kinds of bands and individual creativity created a brutal mix of sludge, stoner rock and metal……..KOMATSU is born!

The band released a self-titled EP in 2011. After that, the band focused on live shows and writing material for their first full length album. ‘Manu Armata’ was released February 2013 and was instantly well received by the international press. It got raving reviews and Komatsu’s music style was compared to bands like Queens of the Stone Age, Torche, Mastodon, Monster Magnet and Karma to Burn.
In 2014 Komatsu went on tour with none other than John Garcia (Vista Chino, ex-Kyuss, Hermano, Unida and Slo Burn) and played 32 shows in 13 European countries.

The summer of 2015 Komatsu recorded the second full-length album ’Recipe for Murder One’ and in the fall of that year Komatsu toured Europe again for three weeks, this time with Nick Oliveri’s Mondo Generator. After having a great time on the road together, Nick Oliveri decided to work with the band on two songs; ‘Lockdown’ has his lead vocals and on the title track ‘Recipe for Murder One’ he provided backing vocals.

After playing 85 shows in France, Germany, Belgium, Italy, Switzerland, England, The Netherlands, Brazil and Austria in support for the album ’Recipe for Murder One’, Komatsu entered The Void Studio with producer Pieter Kloos in January 2018 to record the new album ‘A New Horizon’.

‘A New Horizon’ will be available September 2018 on Argonauta Records (Vinyl/CD/digital formats) and will mark their return to Europe and Brazil, to once again smash audiences and make sure everybody has a ‘mothersludging’ time!
For bookings please contact:
SOZ Concerts
Bert van Aefst Phone: +31-6-51783505
Email:Bert@sozconcerts.nl

Over the past years Komatsu has had the pleasure to have shared stages with:
Orange Goblin, Crowbar, Brant Bjork, Nick Oliveri, John Garcia, Truckfighters, Lonely Kamel , Karma to Burn, The Sword, Red Fang, Clutch, Nashville Pussy, High on Fire, Corrosion of Conformity, Baroness, The Freeks, Duel, The Midnight Ghost Train. They also performed at the official Queens of the Stone Age after party in the Effenaar, Eindhoven.

During the five years that Martyr was alive and kicking (1982‐1987) the band released two albums that are considered cult in the metal scene today. ‘For The Universe’ (1985) and ‘Darkness At Time’s Edge’ (1986) are classic metal, a delight for those who love strong mel-odies, speedy riffs and a high level of technicality.

In those years Martyr appeared on compilation albums from Roadrunner and Metal Blade, was voted Holland’s best new metal band in Aardschok magazine, has toured with several international acts and appeared on Sky Channel’s Monsters Of Rock.

Martyr disbanded in 1987 but reunited in 2001 to play the Heavy Metal Maniacs festival. Four years later the band revived almost the complete 1982 line up to play the Headbangers Open Air and Keep It True festivals. The flame started burning again and the band have con-tinued to play live ever since. December 2008 MARTYR supported US Shock Rockers Lizzy Borden on their European tour. In 2009 and 2010 MARTYR hit the European stages sup-porting great acts like Flotsam & Jetsam , Vicious Rumors, Jaguar, Evergrey.

In 2009 the first new Martyr record in almost 25 years was released. That’s when the new EP ‘Fear’ was coupled with a re‐release of the classic ‘For The Universe’ album as a double digipack entitled ‘Fear The Universe’ on Rusty Cage Records (RCR0017).

In 2010 and 2011 Martyr re‐entered the studio between the live shows, working on the successor for ‘Fear’.

A complete new album entitled “Circle Of 8” was released by Metal Blade Records in November 2011 world‐ wide and has proven to be a significant impulse in Martyr’s revival after it’s release. With 30 years of MARTYR (with a big celebration in their home town Utrecht – Tivoli) and 30 years of Dutch Steel signed with Metal Blade again : “The Clan Is Back Home and stronger than ever…..”

And the band proves it again in 2015 and 2016 with new national and international tours and with the new and heavy album ‘You Are Next” released by Into The Limelight Records in cooperation with Pure Steel Promotions and Soulfood distribution to be unstoppable.

More headline shows , festivals and support tours followed where the always hard working band coquered a bigger audience. Especially noticed also in Japan, where MARTYR toured Sept – Oct 2017. This resulted in a special release on Edge Trax Records and a tour in the land of the Rising Sun. In 2017 MARTYR continues promoting “You Are Next” , celebrating it’s 35 years anniversary and  participated also in special projects like the ANA – Metal for Charity project and Breaking The Chains.

In 2018 the band shows to be unstoppable. With a new line-up and a tour through Netherlands, Belgium and Germany at hand the band is writing new material for a new and heavy album to be expected late 2019.